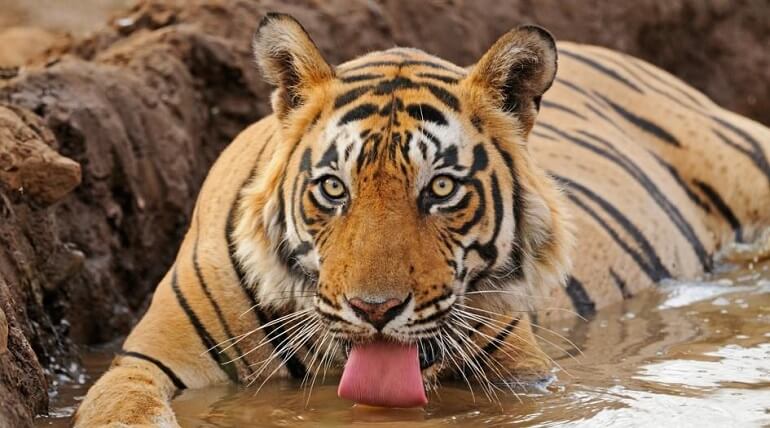 Corbett has one of the highest densities of tigers. The tiger (Panthera tigris) is perhaps the most celebrated of the wild animals of India. It is symbolizes the power of Nature and finds an important place in our culture, mythology and legends. It has been worshiped as the guardian and ruler of the forest. Tigers are believed to have evolved in East Asia about 2 million years ago. They then dispersed to other parts of Asia. There existed eight subspecies of tiger, out of which three have gone extinct.

Today this perfect carnivore is a critically endangered species, though once it roamed freely in most of Asia. India is home to the largest population of wild tigers in the world. There are estimated to be only 5000 to 7500 tigers surviving in the world. Out of these, the subspecies found in the Indian subcontinent, the Bengal tiger has 3000 to 4500 surviving members, more than three-fourths of which are in India. The terai-bhabar region, including Corbett, was once the best place to find tigers but this habitat has reduced tremendously due to development-induced land use changes.

The tiger has always had a close association Corbett National Park – earlier through the writings of Jim Corbett and other shikaris and later because of the launch of Project Tiger, India’s tiger conservation program, initiated from the Park’s soil on 1st April 1973. Tigers hunt deer (preferably sambar but also chital and barking deer) and wild boar. They choose the largest of the prey species since larger prey represents more energy for the effort spent. For this reason the sambar population density is believed to be a good indicator of the presence of tigers. Occasionally, tigers will also attack young of elephants and take smaller species, including monkeys, birds, reptiles and fish.

Adult tigers are usually solitary, except for females with cubs. However, sometimes several are sometimes seen together. Generally, both female and male tigers maintain home ranges that do not overlap with the home range of another tiger of the same sex. Females have home ranges of approximately 20 sq. km while those of males are much larger, covering 60-100 sq. km. Male home ranges cover the territory of many smaller female home ranges. The male protects his territory and the females within it from competing males.

Among the large cats in India tigers have the greatest reputation as man-eaters. Several legendary man-eating tigers have been known, especially during the terai-bhabar region. Such tigers have been immortalised through the writings of Jim Corbett. For example, the Champawat tiger is said to have killed 434 people before Corbett finally succeeded in killing it. However, in recent times, with the huge decline in the numbers of tigers, attacks on humans have been relatively rare. Man-eating is usually the result of a tiger’s inability to catch usual prey when it is too old to hunt or if it has an injury.

Being a carnivore and a master predator, the tiger lies on top of the food pyramid. It keeps the population of ungulates under control and thus maintains the ecological balance.

The tiger is an indicator of a healthy wilderness ecosystem. If the tiger is protected, our forests will also live. And forests mean good air and plenty of freshwater, both of which affect our own survival.

Destination Wedding At Resorts In Corbett 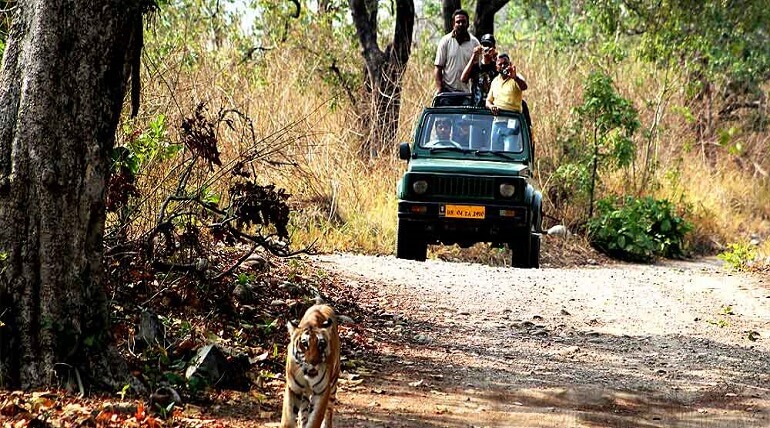 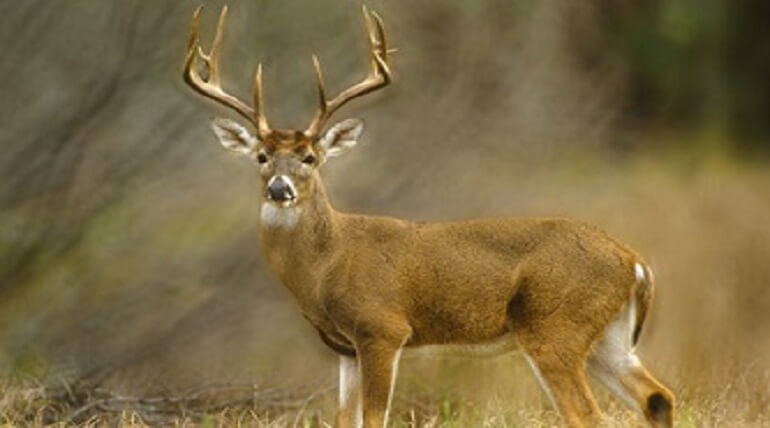